Cannabis activists say legalization is the first step in reforming the police. But creating an equitable industry for Black entrepreneurs has been an uphill battle.

Activists say legalizing cannabis is a key step to reducing the disproportionate impacts of policing on Black and other minority communities, in the wake of protests against police violence across the US.

Thanks to our friend at Business Insider for this wonderful article

Activists say legalizing cannabis is a key step to reducing the disproportionate impacts of policing on Black and other minority communities, in the wake of protests against police violence across the US.

Marijuana and policing are intertwined in a way that disproportionately hurts minority communities, five experts told Business Insider. They point out that thousands of Americans are imprisoned on cannabis-related charges, even as the drug is legal for some uses in 33 states and companies that sell it trade on major stock exchanges and pay their CEOs millions.

While marijuana use is not benign, experts say legalizing it at the federal level would remove a major pretext police use to justify stopping people of color and would reduce incarceration rates for drug-related crimes, allowing more people to freely access economic opportunities.

“The number one pretext for stopping young Black and brown youth is cannabis,” said Steve Hawkins, the executive director of the Marijuana Policy Project, a nonprofit that advocates for marijuana legalization in the US. “And with that aggressive policing targeted at communities of color, it has been a recipe for there to be violent encounters along the way.”

In 2018, there were almost 700,000 marijuana-related arrests in the US — more than all the arrests for violent crime that year, according to an American Civil Liberties Union report based on data from the FBI. Ninety percent of those arrests were for simple possession, the ACLU says, rather than trafficking.

Democrats Sens. Bernie Sanders, Cory Booker, and Kamala Harris have all said in the past that marijuana legalization is crucial to reforming the police.

There are a number of bills circulating in Congress to try and resolve the state-federal conflict on cannabis legalization. Some, like the STATES Act, are more friendly to cannabis companies, by making it easier to do business and access regular banking services afforded to other industries.

Others, like the Marijuana Justice Act, or MORE Act, go further in legalizing cannabis, expunging the records of those who have been prosecuted for cannabis crimes, as well as reinvesting cannabis industry profits and tax revenue back into communities that have been disproportionately affected by the War on Drugs.

Kassandra Frederique of the nonprofit Drug Policy Alliance says cannabis companies shouldn’t use social justice as a way to “fatten pockets,” since the legalization movement has come at the expense of Black lives.

“Social justice should hold up cannabis legalization,” if it’s not addressed in initial legislation, Frederique says. “A lot of people that are making money right now did not build the road that they are driving on.” 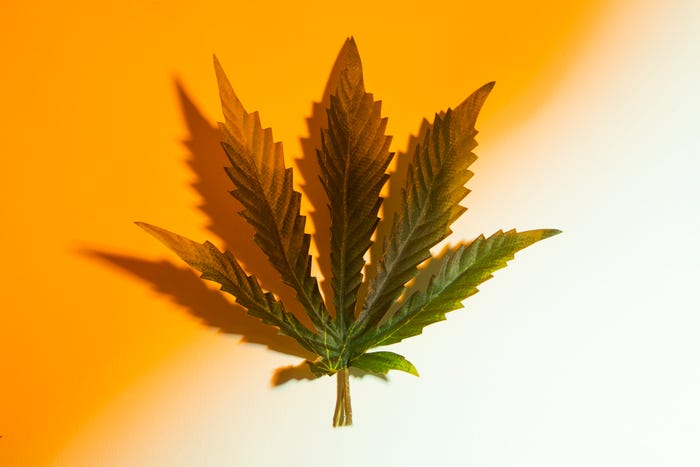 Black and white people use cannabis at roughly the same rates in the US – but Black people are 3.6 times more likely to be arrested for it. Crystal Cox/Business Insider

Police killings and the scent of marijuana

As one example of the way that cannabis intersects with police violence, take the case of Philando Castile.

Jeronimo Yanez, the police officer who shot and killed Castile during a routine traffic stop outside of St. Paul, argued in testimony that he feared for his life because Castile had “the guts and audacity” to smoke marijuana in front of a five-year-old girl who was in the car with him, the Associated Press reported.

Marijuana is decriminalized in Minnesota, but Castile’s alleged use became a focal point for Yanez’s defense attorneys. Yanez was acquitted of all charges, though fired by St. Paul’s police department.

Because the cannabis industry is illegal under federal law, there are “structural barriers” to ownership and opportunity for Black and other minority entrepreneurs in the cannabis industry, said Justin Strekal, the political director of the National Organization for the Reform of Marijuana Laws (NORML).

A 2017 survey — the most recent data available — found that just 4.3% of entrepreneurs in the cannabis industry identify as Black.

That’s a result of the lack of access to financing, “overzealous” regulations, and the restrictions on the ability to provide licenses to those who have been formerly incarcerated or convicted of cannabis-related offenses, Strekal said.

On top of that, cannabis entrepreneurs can’t get loans from the Small Business Administration, meaning they must either find wealthy investors or borrow money at high-interest rates, Strekal says.

Most banks won’t work with cannabis businesses either, due to the conflict between state and federal laws.

Al Harrington, a former NBA power forward and the CEO of Viola Brands, a California cannabis company, says that many Black entrepreneurs lack access to the same capital networks of their white counterparts.

An incubator program for Black entrepreneurs in cannabis

“It’s hard to take advantage of these opportunities,” Harrington says. “They’re susceptible to predatory investors and things like that. So as an industry we have to figure out a way to be able to be more accessible to people of color and allowing them to have those same opportunities.”

Viola is developing an incubator program to help Black entrepreneurs in cannabis. Harrington said he sees lots of Black-owned cannabis brands that have carved out a niche in the market but lack the connections and expertise to bring their businesses to the next level because the industry is hyper-competitive, especially because some cannabis companies are publicly traded and backed by deep-pocketed investors.

That’s where his incubation program can help in taking companies to “the next level,” he says.

But Harrington says economic benefits are nothing without expunging records of those prosecuted for marijuana-related offenses.

“Most people that have these convictions are Black people,” Harrington says. “Now, they’re released, and they can’t work in the industry — it’s like they’re still handcuffed. So expungement is one way to create jobs.”

There is also perhaps a more pernicious issue with social justice measures in cannabis legalization: it puts Black and other minority entrepreneurs — so-called “equity applicants” for cannabis retail licenses — at risk of being exploited by their investors and business partners, Harrington said.

Some companies see equity applicants as “competition,” said Jason Ortiz, the president of the Minority Cannabis Business Association, even though Black and other minorities have paved the way for cannabis legalization.

Others exploit the equity provision in some states to partner with minority entrepreneurs in name only while freezing that person out of most of the income from the business through complex legal structures, a Boston Globe Spotlight investigation found.

The right model for equity applicants

“They can say, this doesn’t look like a typical management agreement,” Ortiz says. “They can set certain parameters around ownership requirements, investment requirements, and things like that.”

Ortiz also proposed flipping the traditional model of equity applications. In a lot of circumstances, a group of cannabis investors will “shop around” for someone that fits a state’s definition of an equity applicant — which isn’t always standardized — and put that person’s name on the license application as a figurehead to help speed the application process along, he said.

Ortiz says the correct model should be for an equity applicant to find investors willing to partner with them and be involved in the process from the beginning, and that’s where activist groups and state governments can help.

But activists caution that creating an equitable cannabis industry is only one small part in reversing decades of systemic racism and economic inequality.

“It’s unrealistic to expect the emergence of one legal industry to rectify systemic economic oppression over generations,” Strekal, of NORML, says. “The marijuana industry alone cannot provide that many opportunities.”

Yes, it is true. New Yorker’s can now possess up to 3 ounces of marijuana even though sale of recreational-use marijuana won’t be legal for another estimated 18 months, while the state works on regulations. New York State Senate Bill S854 not only legalizes the possession of marijuana, but it goes much further. It also starts

If you’re a fan of edible cannabis treats, it’s a given that you’ve heard of Kiva Confections. And truly, Kiva does not mess around. Kiva Terra Bites Espresso Beans. I tried both varieties of the Terra Bites: The Espresso Bean and the Blueberry Bites, with hybrid indica-sativa cannabis extract. The espresso beans have a satisfying

Many people that love the lift they get from coffee. However, they don’t really want the anxiety and jitters that come with the alertness and clear-headed feeling they like. Adding Cannabinoids (CBD) when taking caffeine might just be the solution you are looking for. In a recent article posted on Weed Maps (weedmaps.com), they point out that,

Tetrahydrocannabinol (THC) is a psychoactive element in the cannabis plant. Apart from THC, CBD is the other dominant cannabinoid, but there are many other cannabinoids in the hemp and marijuana plants. Cannabinoids can help your body relax, reduce stress, and boost your mood. Most people only know THC or delta-9 THC, but recently scientists discovered its